Novel writers occasionally like to use foreign language to convey the fact that their character is in or from another country. Unfortunately these writers often don’t research said foreign language in any depth before sending their work to the printers – or so it seems to me. Some you can tell have tried hard to get it right and only fail occasionally, usually getting the gender wrong but others clearly have never seen, heard or studied French in their life and it is very painful to read. I came across one of those yesterday and it put me off the book straight away.

The book I read yesterday had some weird and sometimes plain bonkers sentences such as these:

Whatever that woman yelled in the author’s head, we shall never know. I was more than a little pained when I read the second one which, as far as I can tell, translates as ‘What is your pressed?’. And I might have forgiven Paris’ Sacré Coeur Basilica being spelt ‘Sacré Couer’ once, but it was spelt wrong throughout the entire book. OK so it was a freebie Kindle book, not War and Peace but even so it is hard to take a book seriously when sentences make no sense whatsoever. Despite 5 years of studies and an A-Level, my German is non-existent and I wouldn’t dream of putting German in a book without checking with a native speaker. Not being a writer, I don’t know how these things are done but it shouts lazy writer and pretty much discredit the author (and editor) to me. 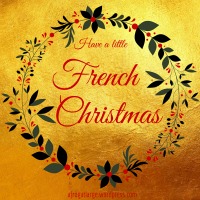